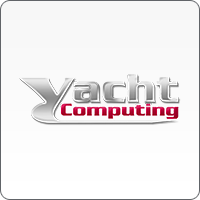 KerioControl gives my clientele security knowing their network is safe, Internet access is optimized, and that someone on land is able to oversee all administration. Yachts are cruising around the world, and KerioControl is enabling passengers to stay connected in a way never before possible.

KerioControl's usage and traffic statistics put it at the top of the list for the yacht. Until Kerio, most of the devices in place were little more that Multi Wan routers allowing the Captain to switch between Internet access paths while leaving the captain completely blind with regards to how the Internet was being used and by whom. The ship's captain was drawn to KerioControl's Statistics and detailed traffic charts so he could see who, and what, were using the most bandwidth and causing speed issues. KerioControl’s Quality of Service and intuitive bandwidth management rules allow the captain to easily prioritize and monitor network traffic to guarantee high speed for the yacht's owner and guests. Additionally, the KerioControl Web Filter provided interesting insights into inappropriate websites crew members were visiting and streaming during work hours, on work-provided devices. The final deciding component was KerioControl's ease of administration. While the yacht is at sea, the captain can rely on Yachtcomputing on shore to administer and manage any threats or issues that may arise enabled by Kerio's VPN capabilities.

With KerioControl, the captain can now control who gets priority bandwidth, especially when the owner is aboard. Gone are the days of 3rd stewards slowing down bandwidth downloading season 3 of Grey's Anatomy at the same time the owner is trying to transact business. Captains can analyze usage regularly and work with IT to restrict access by time of day, or website. Recently, a captain called in to Ed's team, complaining of slow Internet speeds. The crew claimed to be doing their work, not needlessly browsing, downloading, or streaming content - thus placing blame on the service provider. Ed's team was able to quickly login to the administration console and pinpoint the problem within minutes - a crew member was downloading large amounts of inappropriate content. A quick call to the captain, and he was able to notify the crew member, restrict the Internet access, and the speed problem was resolved.