Learn how to optimize your network
with your free For Dummies eBook!

What is traffic shaping?

Traffic shaping limits an application’s use of bandwidth flow to optimize business-related network traffic. Flow regulation into a network is referred to as bandwidth throttling, while controlling the outward flow is known as rate limiting. Traffic shaping usually has a committed information rate (CIR) measured in bits per second (bps). Any non-essential traffic that exceeds the average bit rate is buffered.

A typical traffic shaping strategy is to store all packets in a buffer for processing when they arrive at the packet shaper. Then packets with the highest priority are immediately transmitted, while less critical packets continue to be buffered. Sometimes traffic shaping simply drops any arriving packets once the buffer is full.

Two other traffic shaping methods are:

Why should businesses use traffic shaping?

Traffic shaping is used by businesses for many reasons:

Additionally, adding bandwidth is expensive. Not having enough network bandwidth slows down the speed of getting business done. The not-so-hidden truth is that a fair amount of a business’ network traffic may actually be for employees’ personal use: personal email, Facebook, YouTube and other social media. Traffic shaping helps to discourage users from using non-essential, bandwidth-intensive applications – especially during peak business hours.

Implementing traffic shaping usually means purchasing and implementing some type of software tool or tools. Usually the tool is part of a larger software solution that provides traffic shaping along with other network-related processes. For instance, a company may be replacing a component of their network, such as a firewall, and the product they’re evaluating claims to also provide traffic shaping. On the surface this sounds attractive – buy one product and get multiple benefits. But sometimes the solution does not have much flexibility, resulting in support issues and poor service.

The following are five features a company should look for when considering software solutions for traffic shaping:

The ability to logically separate traffic into multiple buckets and divide the available physical bandwidth between these buckets is important for a variety of reasons. The most common need for this capability is to separate multiple physical locations behind a single ingress point. Some organizations need to separate traffic for different user groups or subnets.

One example is a school district. A school district has a single ingress point, but needs to manage bandwidth to each individual school separately because of physical networking differences and school size differences. Without this flexibility, the network administration is forced to try to service all logical networking boundaries from one set of bandwidth rules – which may not make sense.

The ability to understand how to create policies that result in a particular behavior may seem trivial – but some companies struggle with this issue. Many traffic shaping solutions are not very intuitive. They separate the policy from the bandwidth rules that will be applied. Users are rarely confident that what they are trying to do is what will actually happen.

For instance, what happens if a network administrator spends weeks learning how to use a new tool and then is moved to a new position? The learning starts all over again and time is lost. Further, this “learning curve” gap can lead to unintended results and leave a network exposed.

Network administrators benefit by having the flexibility to create the number and combination of bandwidth rules that meet the needs of the organization.

This example is just one small school district. Larger organizations may need even 50 or more (to several hundred with service providers) unique bandwidth combinations.

4. Flexibility and convenience of percentages

By leveraging percentages on the individual policies, the district can create one set of policies that can be applied to all schools regardless of the group the school belongs to. As the district upgrades bandwidth or moves schools between groups, it doesn’t have to make any changes to the individual policies. This flexibility can save a lot of time and avoid situations where bandwidth is incorrectly allocated because a particular policy didn’t get updated when an upstream change to bandwidth was made.

With the popularity of Bring Your Own Device (BYOD), it is critical that bandwidth rules adapt as new hosts or devices join the network. It may be important to cap bandwidth for each individual device, cap the number of devices – or share available bandwidth fairly.

Universities provide a good example of where the ability to dynamically adjust is critical. Without dynamic bandwidth adjustments, the network can be held hostage by the first user on the network that starts downloading torrents.

Network bandwidth may be used inefficiently if employees are using the network for personal business. Not only does personal use create a constant drain on company resources, but it can also expose a business to potential lawsuits. Because the internet is essential to most businesses, cutting off employees’ access to it isn't usually the most productive strategy for saving bandwidth. A more effective strategy is to use Exinda software solutions to implement bandwidth monitoring and bandwidth management practices.

Exinda software includes a recommendation engine that can:

It’s also important that business can monitor networks in real time. The network is a highly dynamic piece of critical infrastructure, with applications and users coming and going at unpredictable times – changing the loading on the system as they do so. It’s important to be able to recognize a peak loading situation while it’s happening and to be able to deal with it by reallocating resources to the places where they are most needed. Exinda software provides real-time network monitoring, so companies no longer have to rely simply on weekly or monthly reports. 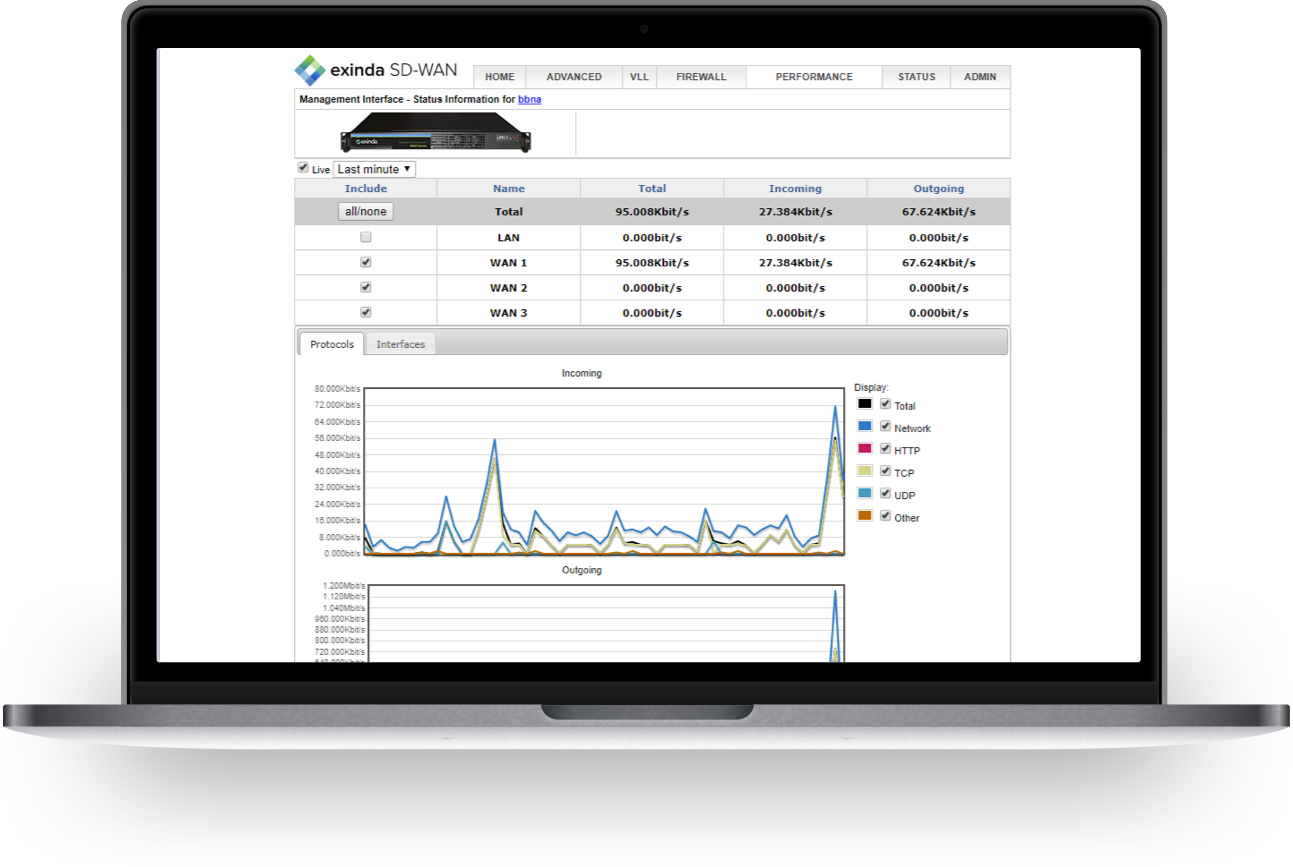 Allocating business resources as effectively as possible is the key to profitability. Exinda software solutions can allocate network bandwidth equitably while being consistent with a company’s overall goals. Exinda provides policy-based traffic shaping – controlling the maximum amount of bandwidth that is consumed by designated sources, particular departments and even by a single user.

Because bandwidth monitoring and bandwidth management are closely related, it’s useful to have software that can seamlessly both monitor and manage network bandwidth. Exinda provides a single, intuitive user interface that performs both the monitoring and the managing functions for a network.

Exinda software solutions are designed for network managers and administrators who want one solution to manage the way users, traffic, devices and applications behave on the network. These solutions are built for geographically dispersed organizations that need an integrated solution that combines network diagnostics, traffic shaping and application acceleration in an easy-to-use suite.

Not All Packet Shaping is Created Equal

UC Deployment: 5 Facts Every IT Team Should Know

Find out what every IT team should know to deliver an exceptional Quality of Experience (QoE) and achieve true ROI of their UC deployment.

Do you really need more bandwidth? Or do you need to start using the bandwidth you have more efficiently?

See how internet monitoring – in conjunction with other security measures and staff education – is the ideal way to protect your network bandwidth and improve productivity.

Learn how to optimize your network with a free Dummies eBook.

Watch this video demo to see how you can manage your network performance.

Configuring a policy to shape bandwidth in the Exinda Web UI

Use these instructions to configure a policy that shapes bandwidth.

Sign up for this brief demo of how SD-WAN technology can help you achieve
exceptional application performance on your network. 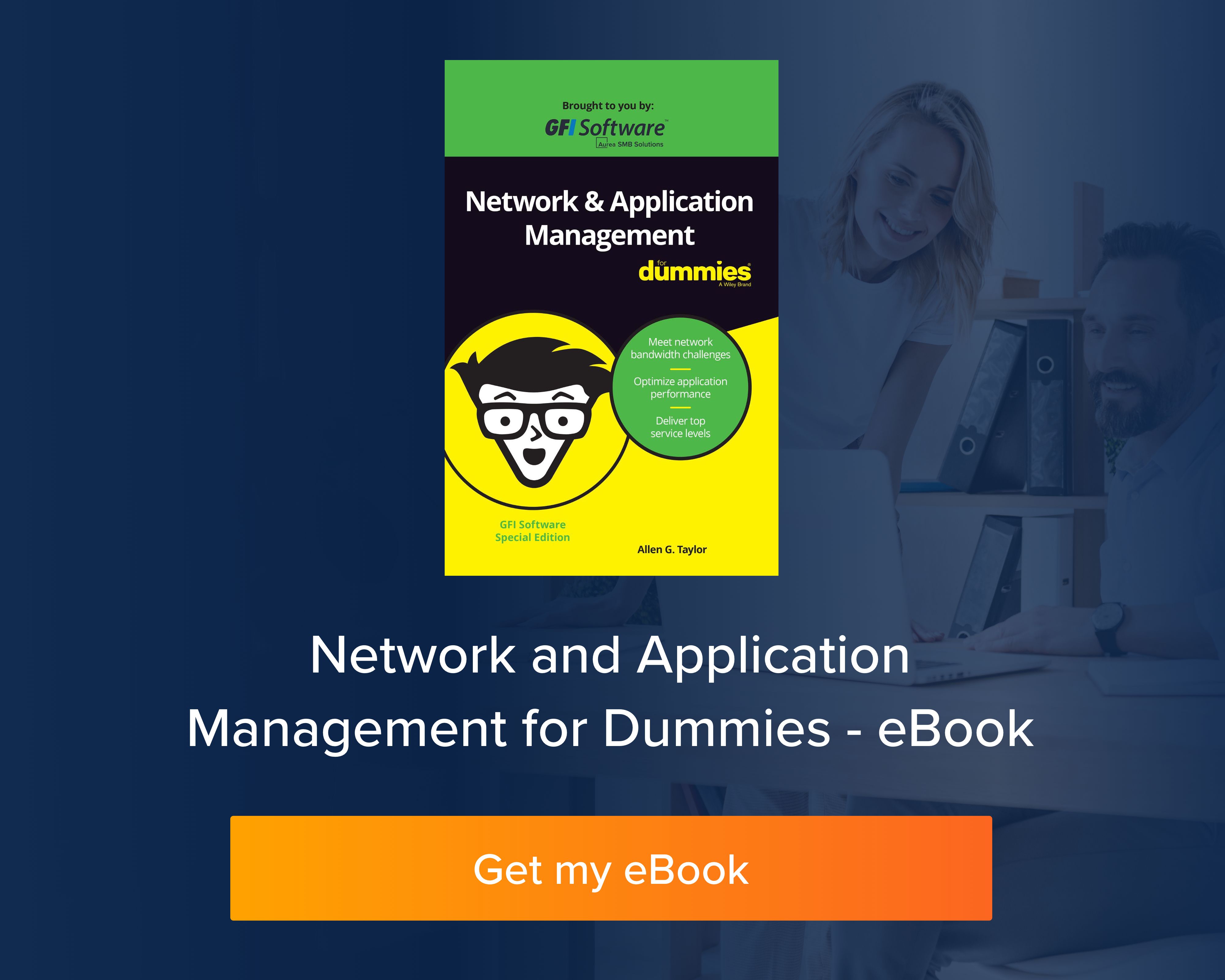